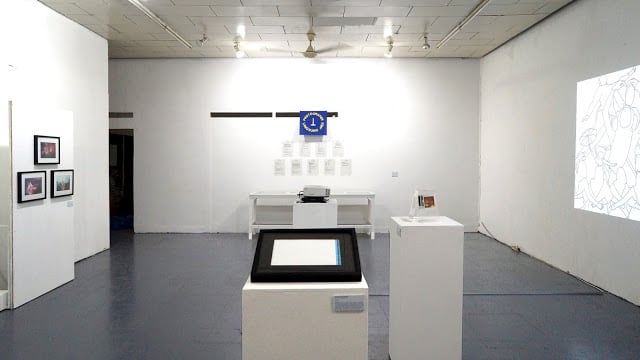 This project is the extension of the research about itinerant photographer started in Kaliurang, Yogyakarta. This time, the research take National Monument (abbreviated Monas) as the subject area. This monument was build during Soekarno era (1961) as a symbol of pride and struggle for independence. This monument itself was finish and opened to the public in 1975 during New Order era.

The research followed by creating an imaginary cooperation in the gallery of Ruang Rupa (Jakarta – Indonesia) to see how the practice of tourism itinerant photography is sustained through its socio-economic aspect along with two different proposals that were written using different grammatical format (formal and informal), both of which can be used to build relationship with the higher management of Monas and to build a legal working group. This research output is expected to give an overview on the general issue on politic, power, and strategy related to the relationship between photography (the itinerant photographer), tourism, and power (in this case it was the government bureaucracy that organizes the tourism area).

This project was presented in Ruangrupa, Jakarta – Indonesia (2015) curated by Leonhard Bartolomeus.